On track to success 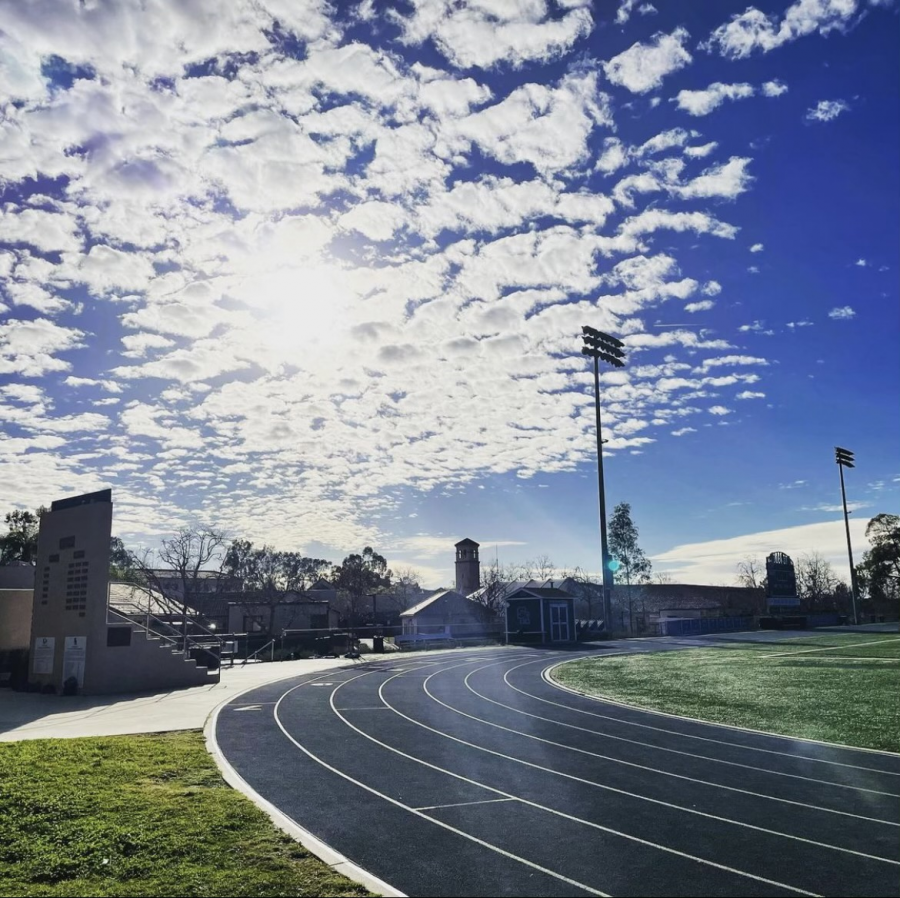 A sunny day sheds light on the track and the happy runners. The students have waited for months for their season to start.

Flailing arms and viciously shaking out legs, they syncopated in-and-out to steady their breath, adrenaline kicking in, hearts racing, the wait for the starting gun becomes unbearable. Whether it’s the 100-meter dash or the 1600 meter, the rush at the starting line and the ‘runner’s high’ during the race is a common feeling for competitive runners.

As the pandemic has affected almost all aspects of daily life, the track team has persisted through uncertainty and patiently waited for their beloved season to begin.

The season started in mid-March, which is much later than the usual end of January pre-season.

“We have been waiting so long to finally be able to do track and once they said that it was actually going to happen we were all ready to just be there and put in the work,” said sophomore Natalie Miller.

After practicing for a few weeks without knowing how the upcoming competitions would work, the team finally was able to showcase their abilities at dual meets and invitationals.

“We all know the circumstances and motivation may be hard to keep up sometimes, but everybody kind of just helps each other through the season,” Miller said.

To make up for the lost time, the Eagles have attended or hosted track meets every Thursday for the past several weeks. According to Miller, only one meet was cancelled due to Covid-19, but the others all abided by safety restrictions and they brought back some sense of normalcy for the team.

“I am super excited that we got to do track because I was looking forward to it all year,” Miller said. “Even though it wasn’t the longest season, I’m just glad that we were still able to make it work because after a stressful day, I can go to track and it feels like all of my stress goes away.”