Every athlete dreams of having the chance to play their sport at the college of their dreams. The recruiting process is how you get that chance. However, like many other things that have been postponed or stopped by the coronavirus so has recruiting.

The dead period has created challenges for both players and coaches. Many players were prepared to use this time to take visits to schools to help narrow down their decisions. Coaches alike no longer have the opportunity to not only tell what makes their school unique but also show it.

“It’s unfortunate I won’t be able to get on campus, but their well be opportunities later down the line and I can still communicate, ” said Junior football player Anthony Comestro.

Also, both quarantine and recruiting restrictions have prevented camps from happening. Some camps are organized to teach players about life as a college athlete and recruiting, such as the West Coast Elite Camp. Camps also provide an opportunity to showcase their talents to various scouts and now players will be deprived of that opportunity.

“I was really hoping to be able to attend some camps this summer,” Comestro said. “It was going to be a good experience to be able to improve my game and showcase my talents.”

Recently the NCAA announced they would be extending the recruiting dead period to May 31st.

Below are the official rules of the recruiting dead period: 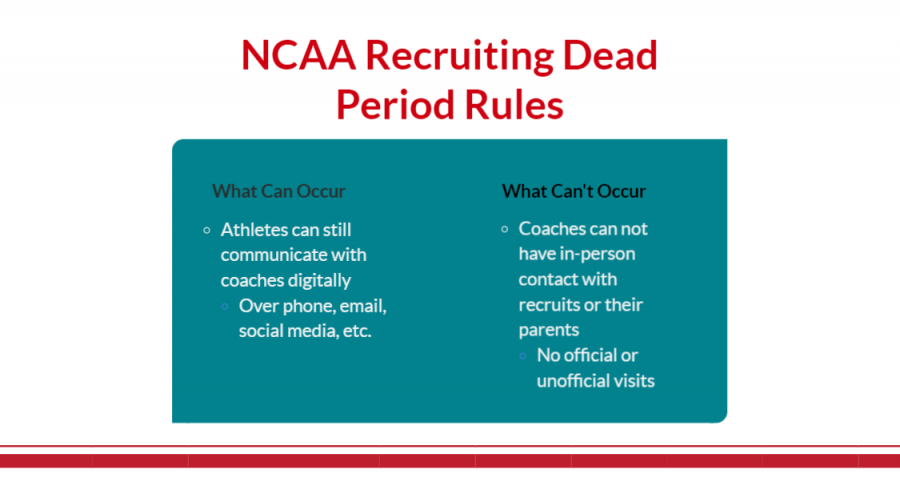