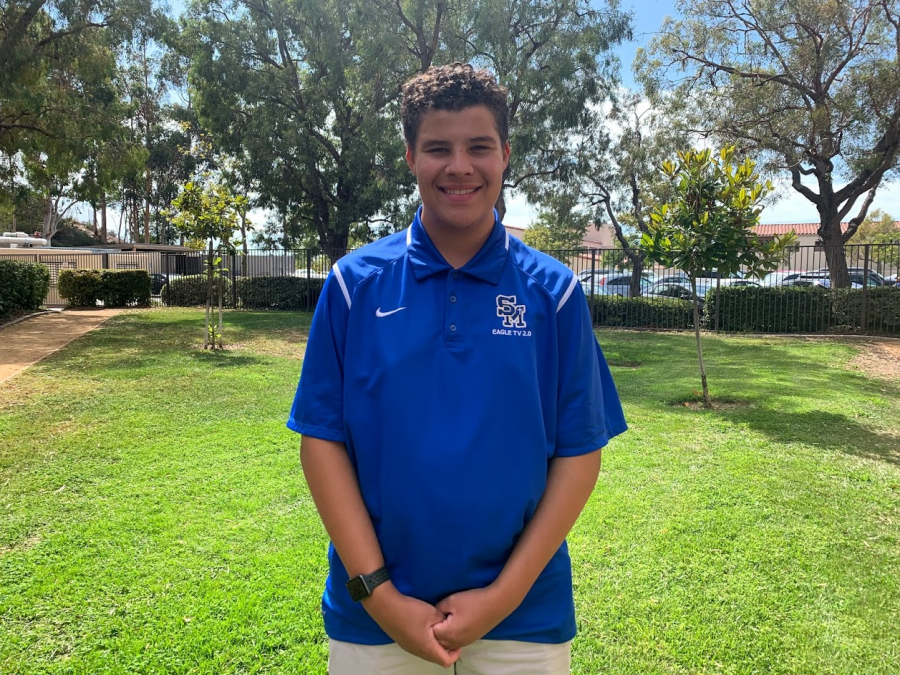 “I originally joined my freshman year because Noelle [Bellow] was a former ETV reporter during her time in SM. I had been interested in news since 7th grade because our school used to do a news show before they canceled it. I joined with the intention of becoming a commercial pilot without thinking much about going into the industry. It wasn’t on my radar, it was just something I wanted to do for fun. When I started in freshman year, it was really fun but ridiculously hard. I remember on the first day in school, my teacher told me to take out a tripod and set it up. I had no idea but now I can do it in ten seconds.

My favorite segment was interviewing Jet Jurjensmyer on his new character on Last Man Standing. The fact that it’s what professional news reporters do in the field made it really special. I felt proud of it. Most people don’t get to do that until they’re in the news industry for a couple of years.”