A Different kind of beach volleyball 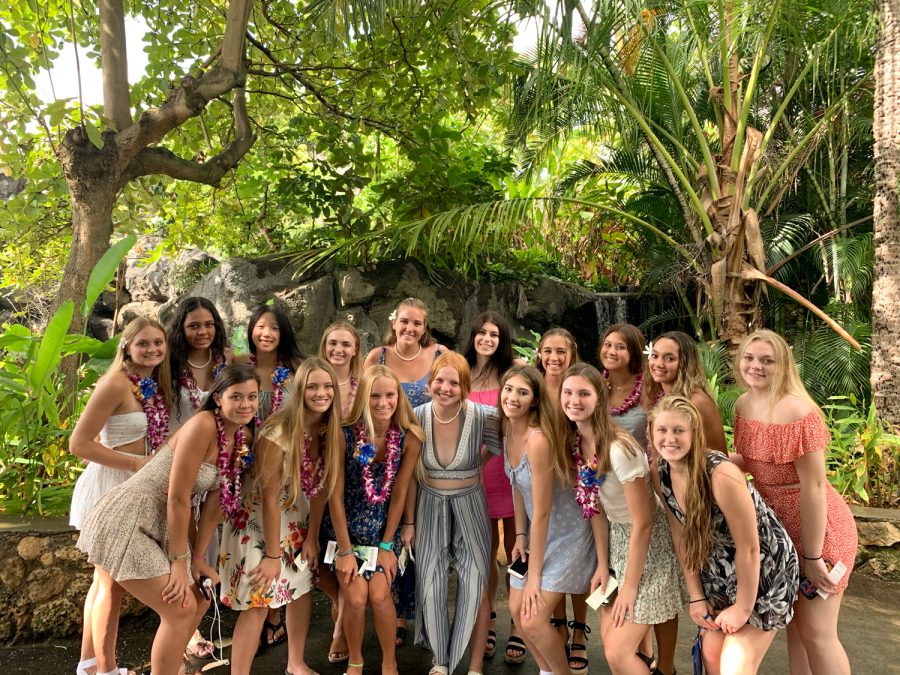 On Monday Aug. 5, the girls’ varsity volleyball team landed in Oahu, Hawaii to compete in the Ann Kang Invitational Volleyball Tournament (AKIVT). This tournament attracts only the top varsity teams from all over the United States and our girls’ varsity team was in the mix. The team finished in third out of sixteen teams after playing many competitive teams. This tournament shows that the girls are ready to put up a fight this season.

“Finishing in third was an awesome feeling and I’m even prouder of the way we played,” said senior co-captain Kailey Walker. “I think we really came together as a team and earned our finishing spot.”

The girls’ volleyball program has been crushing it at this tournament for years and the girls proved that this year’s team is in it to win it. Back to back games and constant pressure marked this tournament. Before entering the quarter finals, the girls won an extremely tough match against Huntington Beach High School. The team won in three and worked hard to pull through a win.

“We could have performed better but the team we lost two in the Quarter finals won the whole tournament,” said senior outside hitter Abby Lutterloh. “We were consistent in our playing and our team energy was high”.

Before the girls began playing on Friday, they spent the first three days of their stay in Oahu at the beach, hiking, and dancing with the hula dancers. The team definitely took advantage of being in Hawaii and spent most of their time outside of volleyball enjoying the island.

“We got an Airbnb directly on the beach,” said Abby Lutterloh. “It was really cool because when we walked out the door, we were right on the water.”

With the whole season ahead of them, the girls’ volleyball team is grateful for their opportunity to travel to Hawaii and are ready to channel their energy towards pre-season and league matches.