Although The Twilight Zone celebrates its 60th anniversary this year, the series is far from outdated. 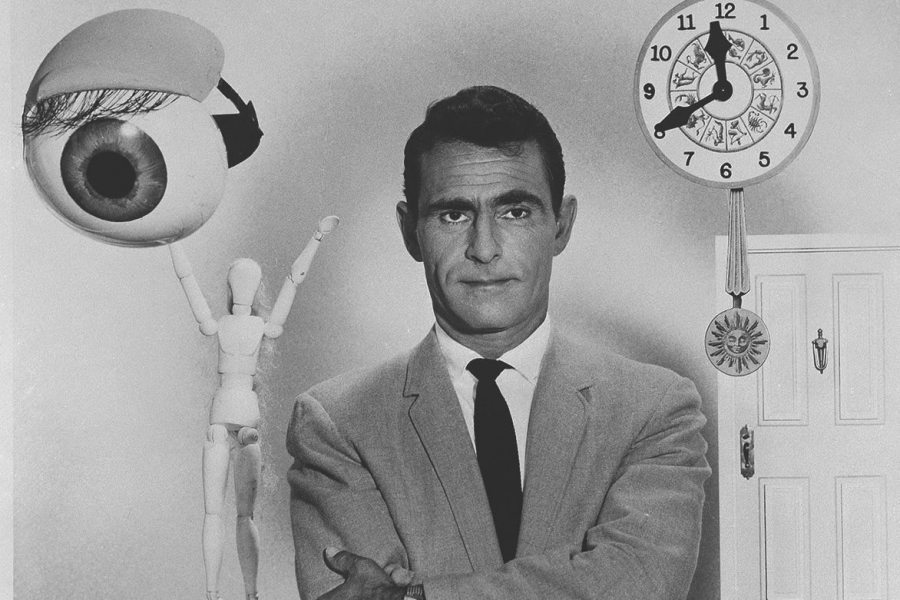 The legend - Rod Serling stands with objects famous from the opening sequence of The Twilight Zone. 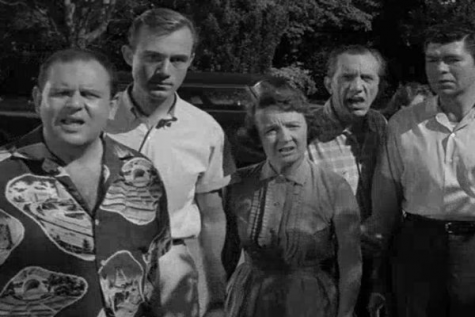 The monsters – The neighbors of Maple Street point accusing fingers at each other.

“It is a dimension as vast as space and as timeless as infinity. It is the middle ground between light and shadow, between science and superstition and it lies between the pit of man’s fears and the summit of his knowledge. This is the dimension of imagination. It is an area which we call the Twilight Zone.”

So begins every episode of the now legendary 1959-1964 series The Twilight Zone.  With reruns on television and streaming on Netflix and Amazon (except for the elusive season 4), the show is more easily accessible than ever before—for good reason.

2019 marks the 60th anniversary of The Twilight Zone, and all these years later, it is more relevant than ever.  I first remember watching episodes in middle school, then fully dived into the entire series my freshman year.  I was immediately enraptured by its creator and iconic narrator, Rod Serling, who wrote 92 episodes throughout the show’s five years.

“A WWII veteran, [Serling] was staunchly anti-war and anti-racism, which showed up in his stories,” said Andrew Keahey from the Black Youth Project.  “He introduced a mainstream television audience to major sci-fi and horror tropes for the first time outside of pulp comics and novels, but plenty of his tales were about the trauma that armed conflict can cause and the damaging entity that the seed of bigotry can grow into.”

“The Monsters Are Due on Maple Street” was one of the most impactful episodes I watched, as it explores the natural and terrifying sequence of events when a suburban street loses power without explanation.  Tension and intolerance escalated so quickly that these neighbors easily turned on one another.

“Under the cover of science fiction, Serling produced weekly parables about the evils of greed and militarism, hypocrisy and bigotry,” said Bill Flanagan from CBS News. “He realized that you could talk about almost any subject, no matter how controversial, if you put it on another planet.”

The classic episode “The Eye of the Beholder” also follows this plan as it questions the idea of beauty.  And we must ask ourselves what beauty truly is: plastic surgery, pig faces, or something entirely different, love and kindness?  The answer is in the mind of the beholder.

The anthology series puts a mirror up to society and reveals truth, despite its ugliness. This approach and the stories told influenced many, many shows, including The Sopranos, Breaking Bad, Lost and The Walking Dead, according to Flanagan.

“Even the rebellion against interstellar fascism in Star Wars — in which good is on the side of the freethinker Leia, the nonconformist Han Solo, and the idealist Luke — was an indirect leaf from Serling,” said Mitch Horowitz from HuffPost.

Television would not be how it is today without the bravery of The Twilight Zone.  Few shows at the time portrayed people of color—the episode “The Big Tall Wish,” the first to feature an all black cast, was a notable exception.

“When you sit down to watch the one of those high-end, critically-acclaimed cable series, take a moment to thank Rod Serling. More than 50 years ago, he created the template for smart, entertaining and writer-driven TV,” Flanagan said. 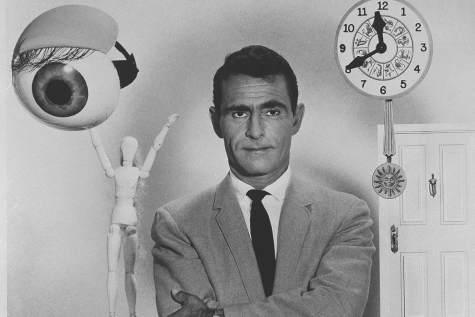 The legend – Rod Serling stands with objects famous from the opening sequence of The Twilight Zone.

Although Serling’s death in 1975 was far before the age of the internet, his warnings about human nature eerily paralleled it.

“Something in Serling’s tone, in his concern over how people are eager to disparage one another without ever looking within, seemed to foresee the crisis of civility in today’s online culture, where message boards, comments and consumer reviews abound with spleen and sarcasm,” Horowitz said.

When I watch “The Monsters Are Due on Maple Street,” I cannot help but think how easily people are stoked into feeding frenzies over something controversial. While we aren’t physically harming one another, the mental and psychological pain are no less true—or permanent.

Through all the Twilight Zone episodes I’ve watched, I’ve witnessed the need for genuine connection and love. Without it, we turn into mere shells of ourselves and are destined to a terrible end, as characters from the episodes “The Mind and the Matter,” “The Silence,” and “Number 12 Looks Just Like You” can prove.

Today, more polarized and yet more connected than ever before, we have even more reason to tune into The Twilight Zone and take Serling’s messages to heart, sixty years after he first spoke them.